“One final thing: why Josef?”

It’s a question we get asked a lot.

Even if the answer is a little nerdy, we think it’s a good one!

Our company takes its name from the protagonist in Kafka’s novel ‘The Trial’: Josef K.

In the story, Josef K is arrested for an unknown crime and prosecuted by a mysterious authority. Despite his apparent innocence, he finds himself powerless and undone by a bureaucratic and opaque legal system.

A statue of Franz Kafka in Prague, Czech Republic

The story doesn’t end happily, but it’s a fixture of law school discussions about who is entitled to justice in a society, and the role of legal professionals in either helping or hindering those in need.

In 2017, almost a century after The Trial was written, two young lawyers and a tech whiz in Australia had an idea.

Two of Josef’s co-founders, Tom Dreyfus and Sam Flynn, were involved in a national working group of community legal centres (for our overseas readers, these are not-for-profit legal organisations who provide free or cost-reduced legal services to people who can’t afford them).

Sam had previously built myki fines in 2016, an app that helped people to fight unfair transit fines. The app was a runaway success, attracting national media coverage and over 60,000 users in the first month and, ultimately, pushing the government to reform some unfair laws.

There was an air of hope, but also of frustration and resignation in the working group. Tom and Sam sat at a long table with 20 other people from community and government organisations. An app like myki fines could address a single problem, but there were thousands of issues and millions of people who needed help.

How many legal issues could this type of technology address?

And what was a realistic goal, given funding challenges and operational constraints?

Tom and Sam were determined to keep trying when they met Josef co-founder Kirill Kliavin, an experienced software engineer with a passion for social impact …

The team set out to build an automated legal advice tool that would help renters write to their landlords to demand urgent repairs, but quickly discovered their progress was constrained by their lack of understanding of the ins and outs of residential tenancy law.

Tom describes this as the lightbulb moment, where the team realised the answer was a platform for subject matter experts, rather than custom-built tools for end users.

“This was the lightbulb moment, when we realised that the future of legal automation wasn’t about building tools, but empowering legal subject matter experts to create their own.”

Rather than working with lawyers to build specific bots, they’d give legal professionals the tools to do so themselves, applying an exponential multiplier effect to their efforts. So, the trio went back to the drawing board and, after months at kitchen tables, cafes and public libraries, the first version of Josef launched in May 2018.

The first bot launched to the public was called Health Complaints Assist. Created by award-winning boutique law firm Polaris Lawyers, the bot helped consumers draft a letter of complaint to send to their health services provider. Polaris Lawyers quickly discovered the value of automation and the simplicity of the platform, and created more bots in the months (and years) that followed. And then, word of mouth began to spread.

Around the same time, Josef was accepted into the prestigious Startmate startup accelerator program, making its debut in the Australia startup ecosystem at the Startmate Demo Day in October 2018.

The rest, as they say, is history, with Josef now operating globally and across the profession, with thousands of builders helping tens of thousands of people to solve legal problems.

When the law is kafkaesque

Most people know somebody who has found themselves in a ‘kafkaesque’ scenario, where they have had to fight for their legal rights. We still hear about these kinds of stories every day – whether they are issues relating to money, property, employment, family, crime or access to public services.

The World Justice Project estimates two thirds of the world’s population, or 5.1 billion people, have unmet justice needs. Similarly, each year, 8 million people in Australia face a legal problem, and only half seek legal assistance. There are many reasons for this, from poor understanding of rights, to lack of accessible tools and arrangements, through to the cost of legal services.

At the same time, there are few ways for legal professionals and teams to help them automate and scale their services. Most legal technology is solely focused on internal efficiencies, rather than service delivery and improving customer outcomes. We believe these things go hand in hand. Not only can you scale legal services with automation, you can also allow legal professionals to focus on the things that matter by automating those tasks that don’t.

Our mission is to make legal services more accessible to everyone, and we’re grateful that we get to do this on a daily basis. By creating technology that people want to use, we empower legal professionals to scale their services and to help meet the unmet demand for justice.

In The Trial, Josef K didn’t have access to legal information or help and so he had to be resigned to his fate. Later in the book, as he struggles to accept the irrationality of his situation, a prison chaplain tells him: ‘You don’t need to accept everything as true, you only have to accept it as necessary’.

At Josef, we’ve never been able to accept such a situation as ‘necessary’. And we’d like to think that, with the right Josef bot (and an anachronistic mobile phone), his story might have ended a little differently.

Josef works with legal teams to make the law more accessible for everyone. To learn more about Josef and our work, contact us: 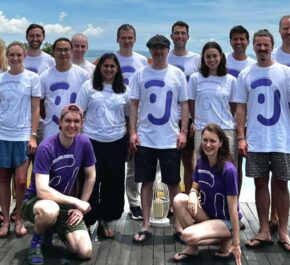 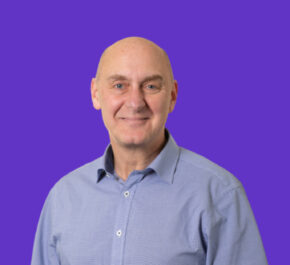 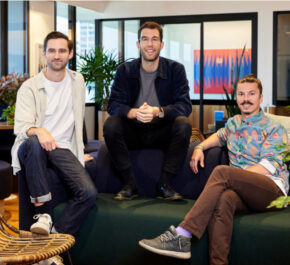